Thomas and I were thrilled to get the chance to blog for the Castle Mall again. We chose to go to Cocina’s in Timberhill Terrace for lunch, followed by some shopping at Hawkins Bazaar.

We went on one of the hottest days of the year and as a result, Cocina was relatively quiet (I think everyone was at the beach!). We were greeted by the waitress (sorry, we didn’t get her name) and taken to our table. Fortunately, we were seated by a massive open window so had a lovely breeze and weren’t too hot.

We ordered nachos for starters with tacos and Mexican fries for main. The Nachos arrived quickly and we were both very impressed with the large portion which we promptly ate!!!! ? 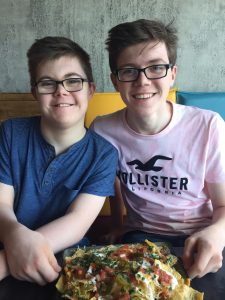 Next came the chicken tacos and Mexican fries. I have to admit that I’m not the biggest fan of spicy foods and was a little concerned I wouldn’t like what I had ordered. However, I was pleasantly surprised. The tacos were full of flavour and slightly spiced with just the right level of “kick”. Thomas is a big fan of spicy foods and soon ate his taco. ? ? ? ?

All our food was well presented, nice and hot and the portion size was just right. This was our first visit to Cocina but it certainly won’t be our last!! ⭐️⭐️⭐️⭐️⭐️ 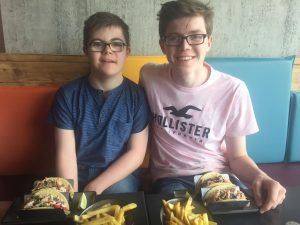 After Cocina we made our way to Hawkins Bazaar. We were immediately greeted by the store manager Chris. With so many unique and unusual gadgets, we spent a fair bit of time looking around the shop.

A couple of times we asked Chris for advice and he went out of his way to help. Although he was the only staff member working when we went (late on a Sunday) the customer service was exceptional, and nothing was too much trouble. ?

After much deliberation, between us we brought the largest water gun I have ever seen and a Light Up Message Board. We have shopped in Hawkins Bazaar since we were tiny. It really is a shop where there is something for everyone. We will most certainly be going back. 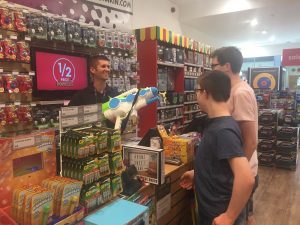 We have a great day at Castle Mall.