Louisa Baldwin from the EDP visited the newly opened Boom: Battle Bar and this is her review (thanks Louisa!)

“I headed to the new Boom: Battle Bar in Norwich, the first of its kind in the country, with activities such as axe-throwing and ‘crazier’ golf to see if it is worth swinging by.

The multi-activity bar opened in the Castle Quarter this week and Norwich has been chosen as the first franchise, with plans for 30 to 40 across the UK over the next few years.

I went there on Thursday lunchtime with my boyfriend to try out a few of the games on offer and stepping inside was a bit like entering a Tardis, with a small entrance opening up to a huge industrial-style space with open pipes and corrugated iron on the walls.

Customers are unable to order food and drink at the bar due to social distancing and must do it on an app instead, and there is also hand sanitiser by every game.

First we headed to Shuffleboard, which involves a long wooden table where both players push weighted discs down it to score points.

It was simple and entertaining to play and had the added suspense element that you could cancel the other person’s score by going further than them.

Next was electric darts which gave the traditional pub game a fresh twist, with a variety of challenges to choose from, and at the beginning you take a selfie which appears on screen.

Then we headed to the crazier golf which featured plenty of interesting contraptions and even some that didn’t need the club, with one where you needed use a pump to get the ball up a tube quickest.

Finally, we headed to the main event – axe-throwing – where customers aren’t allowed to drink before and there is supervision at all times.

We were told the best technique was to make it rotate and throw it over your head, but as much as I channelled my inner lumberjack it just bounced off the wall but it was still great fun.

The Boom: Battle Bar is a welcome addition to Norwich and combines fun games with state-of-the-art technology.” 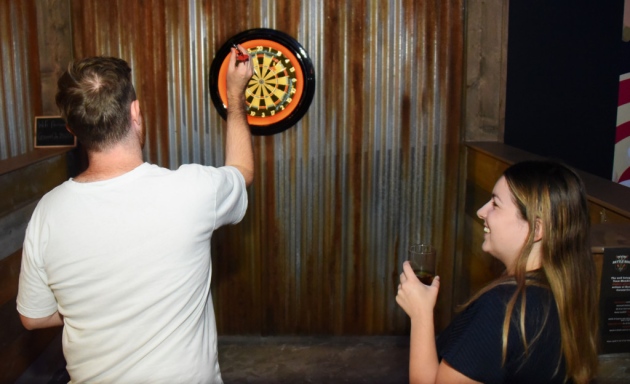 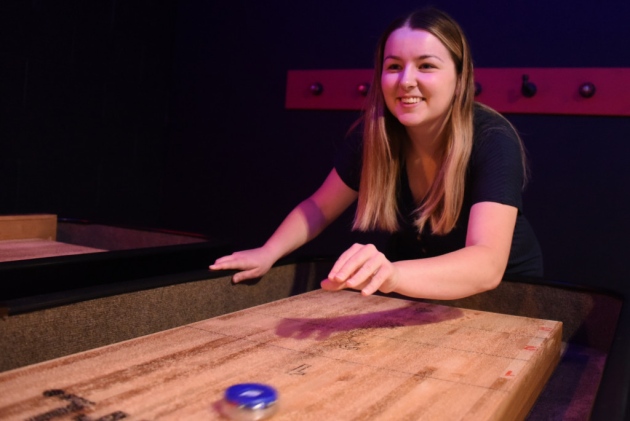 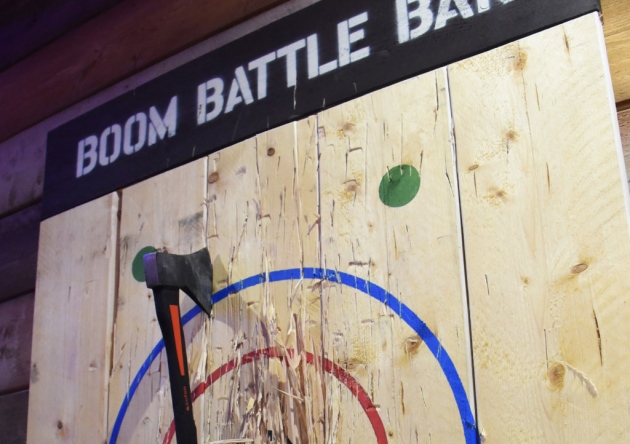 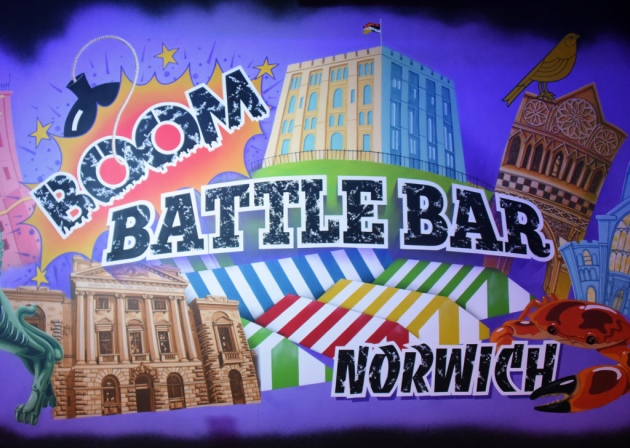 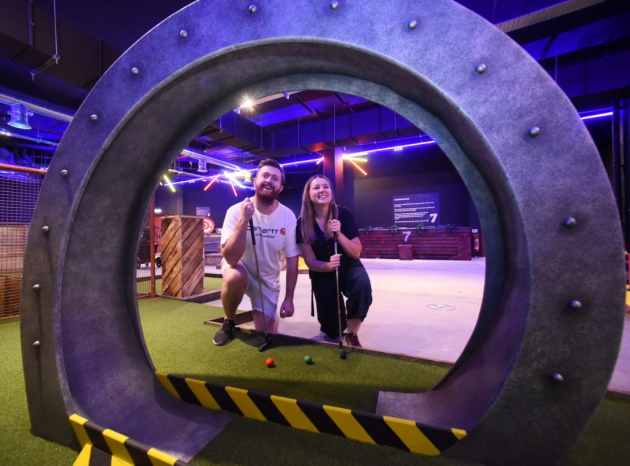 All pictures are credited to Louisa Baldwin.